DISCOVER THE CITY OF DRAMA

Diamond City Living is located in the quiet and convenient Andrianoupoleos Street which is founded just few walking minutes from the center, the market, the banks and the sightseeing of the city. Benchmark of the city constitutes the central square, the Square of Liberty as it is called, which during the spring and until the end of summer brings together several number of the population of the city in order to sit in the marbles and drink their coffee or to discuss. The municipal garden located in the center of the city and at the summer time people finds there cool moments under the tall trees and next to the fountains and the brooks. The springs of St. Barbara are just few minutes from the center of the city. There someone can find companies of young people sitting in the grass near the water and many people walking enjoying relaxation moments. The Archaeological Museum of Drama receives big number of visitors during the year as it has to demonstrate the appearance of human being in the city of Drama from the Stone period to the modern years. The park of Drama Headquarters constitutes also often destination for someone who wants to see the statues that were created for the 100 years anniversary from the liberation of Bulgarians in to 1913. Just outside the city center a new park is located with a big statue called «Victory of Drama» to decorate the entrance. There the visitor of the city can go for a quiet walk or to sit in the benches near the fountain. In the city center the visitor can also find old buildings of significant architecture from the 18th and 19th century, the Byzantine walls of the city in the area where the outdoor market of the city is placed every Thursday, Byzantine temples and churches as well to go for a walk in the old town which is located in Venizelou Street. The center of the city offers a variety of choices for coffee, drinks, food and shopping as the city receives big number of visitors all the year. With start point your stay at Diamond City Living in the center of Drama, you would have the option to reach and browse the city in just few minutes with your leisure. 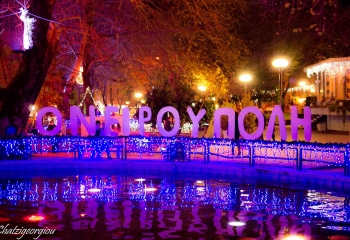 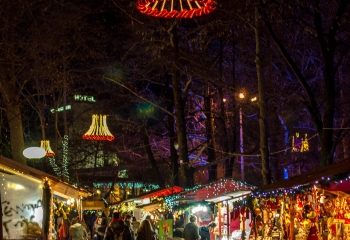 In the city of Drama are taking place very important culture events during all year. The International Short Film Festival is placed every September and attracts very big number of people interested with cinema as also thousands of visitors. Another important event is the song festival called «Dramaica Youth Festival» which is occurs every year at the summer months in the park of springs of St. Barbara. In this festival participates local bands from the city as also significant various artists from the country. Also a very important event is the organization of the Wine Test Festival known as «Draminognosia». It is happened at the last days of May and lasts for a week. It’s about for a fest with main point the way of wine production and its taste in one of the country’s most famous wine city. The event is combined with food and music at different spots in the city center. At the end, from the first days of December until the first days of January, is happened maybe the country’s biggest Christmas fest. It is called «Oniroupoli» (Town of dreams) and it is a magic Christmas village, from the very first that was created in the country in the standards of other Christmas villages in Central Europe. This magic village is taking place in the municipal garden and at the central square of the city. Here people of all ages live the fairy tale of Christmas reveling with outstanding events, music, dance, games, food and endless fun. Combined the events above with your stay in Diamond City Living and you’ll enjoy them for sure.

DISCOVER THE NATURE OF DRAMA

Drama County offers to the visitor unique and unforgettable outdoor activities. Without doubt the place that attracts visitor’s interest is mount Falakro which receives several numbers of people during the winter months in order to spend their time in the guesthouses and to practice in winter sports. For the nature lovers a trip to the rain forest of Frakto and the forest of Elatia, constitutes one of the things that someone must to do. Waterfalls and rarely kinds of plants and animals compose a unique experience of hiking, pick nick and relaxation in the magic of nature. A visit to the cave of Aggitis, which is the biggest in length in the country, will offer to the visitor rarely images of natural creations during the pass of the centuries. Also a trip to the Canyon of Aggitis River is one of the most exciting experiences. Furthermore, a day trip to the north side of County and especially in the artificial lakes in the villages Lefkogia, Thisavros and Platanovrisi which were created from the dams in river Nestos, is something that you don’t must loose. Also the visitor of the city when the weather conditions are perfect can go to the Korilovos hill and to try his skills to the paragliding. You can combine your stay in the Diamond City Living in the center of Drama with a trip in our County, from where we can give you further useful information.

Cookies make it easier for us to provide you with our services. With the usage of our services you permit us to use cookies.
More information Ok Decline